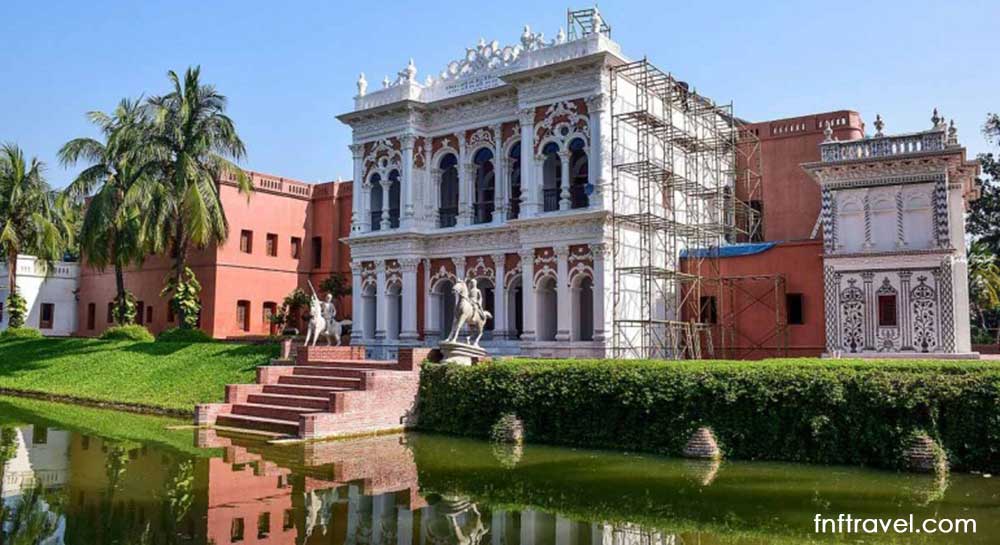 Near the capital Dhaka city, There is one of the three places of interest Sonargaon Upazila of Narayanganj district. These are ‘Tajmal of Bengal’, ‘Sonargaon Museum’ (Bangladesh Folk and Crafts Foundation), and Panam Nagari.

These places in Sonargaon Upazila, once the independent capital of ancient Bengal, attract locals and people from the surrounding districts. It is common that a record number of domestic and foreign visitors gather at these two places always. And for this, various arrangements have been made in these places of interest.

Apart from the Taj Mahal and Sonargaon Museum in Bengal, the ancient city of Panam, the banks of the Meghna River in Bishnandi Upazila of Araihazar Upazila and a few privately built parks in Rupganj are also be crowded.

The Bangladesh Folk and Crafts Foundation is also known as the Sonargaon Museum. Only 24 kilometers away from the capital Dhaka. Poet Rabindra Gop, director of the foundation, said that this year the foundation will be decorated differently than last year. There will be colorful lighting.

Special arrangements have been made for the safety of thousands of people in the museum during the Eid holidays. The police administration has been informed to reduce the traffic jam at the entrance of the museum. Smoke cleaning is going on in different parts of the museum.

Incidentally, Sonargaon was once world-famous for muslin. An alternative to muslin, Jamdani sari can be seen directly inside the Karupalli. The Folk and Crafts Foundation Museum and the Foundation Square are worth visiting. The Foundation premises have Karupalli, boat trips, and ticketed fishing.

Isa Khan, one of the Bar Bhuiyans, ruled Sonargaon for a long time. Sonargaon was surrounded by rivers so no enemy could easily attack Sonargaon. The Bangladesh Folk and Crafts Museum were established here in 1975. Entry fee to the Crafts Foundation is 10 Taka, and 100 Taka for foreign tourists.

The Taj Mahal of Bengal

Film director and producer Ahsanullah Moni built the Taj Mahal on his own land in Perab village on 12 bighas of land. He said the tiles used in the Taj Mahal were brought from Italy. 162 foreign diamonds and stones have been placed in different places. Four moons of bronze have been used to make the moon-star above the dome.

The city of Panam in Sonargaon, the capital of Bengal, was especially significant during the reign of Bir Isha Khan. The administration of Sonargaon was conducted from the city of Panam. The current infrastructure of Panama is British. Ancient Panama is buried under modern Panama.

In the city of Panama, you can see four-hundred-year-old monasteries. To its west is the East India Company’s trading factory ‘Nilkuthi’. There are Poddar’s houses, Kashinath’s house, the only art gallery in Sonargaon, and many other ancient buildings. The Pankhiraj Canal flows past Panam. Some of the historic 300-mile Grand-Trunk Road from Sonargaon to the Indus, built during the Sher Shah period, is still in existence in Panama.

You can come back from Sonargaon within a day, the capital of ancient Bengal, to take a break from this busy and noisy life of the city. Those who like to be close to history and tradition can definitely visit Sonargaon in Narayanganj district. Holidays that are full of complexity are neither fun nor comfortable. And the added benefit of this is that the young children of the family will have to know a lot about the ancient history of Bengal with their own eyes which will be of great use to them in their future life.

Things To See On Sonargaon

Sonargaon also has several places of interest. Notable among them are the Folk and Crafts Museum, Zainul Abedin Memorial Museum, Panam City, and the Taj Mahal of Bengal. Apart from the Taj Mahal in Bengal, the rest of the places are very close. I have told you about the places at the beginning of the post. Now, we will know more closely.

Museum of Antiquities and Crafts

The Bangladesh Folk and Handicrafts Foundation was established on 12 March 1975 in an old house in Panam Nagar, by Shilpacharya Zainul Abedin, Sonargaon— with the aim of preserving and recognizing the culture and folk art of the traditional village of Bengal. The Thakurbari Bhavan and the Toran of Isha Khan in the city of Panam together bring together the location of the Karu and Lok Shilpa Foundation in an area of ​​about 16 hectares. The foundation has 1 museum, 1 folk stage, seminar room, and handicraft village. About four and a half thousand ancient specimens are properly preserved in this museum by the authorities. The museum has various handicrafts made by the ancient artists of rural Bengal of Bangladesh and various items used in daily life. In each of these handicrafts, skilled artisans have enhanced the rural tradition of ancient Bengal. Also on display in the galleries are wood carvings, handicrafts, paintings and masks, primitive life-based patterns, folk musical instruments, terracotta plaques, iron and copper casa, and brass utensils, and many ancient patterns including folk ornaments.

To the east of the Folk Art Museum is the Zainul Abedin Memorial Museum. There are only two galleries in this whole building. One of these galleries is made of wood which is rich in ancient and modern patterns. Also, the overall process of making and selling different handicrafts of wood has been presented through beautiful models.

1/2 km away from Sonargaon is the location of the “Panam Nagar” known as the lost city. Known as the “Lost City” because before World War II there was a prosperous public life in the city of Panama that is now extinct, with only a handful of wide-ranging brokers. On either side of the long road that runs through the city, there are architectural buildings built of beautiful nail bricks on which the city of Panam was built. A total of 52 ancient houses on both sides are the main attraction of this Panamanian city. For tourists looking for history, the construction of buildings in the city of Panama is a wonderful sight.

It is thought that the construction of the city of Panama began about four hundred years ago. Mainly traders and zamindars lived in this Panamanian city. The city was the main center and residence of the weavers of Bengal. Their business was dealing with muslin and other textile industries which operated from this Panamanian city. The buildings, mosques, temples, monasteries, temples, baths, wells, dance halls, wide walls, entertainment halls etc. built along the two roads of Panam city will undoubtedly be liked by the visitors. You will find 400 year old monasteries.

The Pankhiraj Canal flows past the city of Panam, surrounded by a variety of trees. There are boat trips for tourists to the beautiful lake. Half an hour boat trip for 4-6 people costs 200 Taka. There are wooden as well as plastic boats. However, it is wise to take a wooden boat for an hour with a little more money for travel.

You can enter Panam Nagar anytime from morning to evening and the entry fee to Panam Nagar is 15 Taka (per person).

Usually every year in winter there is a month-long folk art fair. However, this fair is often held before the first Baishakh. The fair is organized mainly in rural areas. Jamdani Hat, the traditional dress of Bangladesh, is sitting in this fair. The fair also features a variety of rural groceries. The fair also has some other entertainment for the children including Nagardola.

The Taj Mahal of Bengal

If you have time, you can visit all the other places near Sonargaon as like the Taj Mahal of Bengal, 18 km away from Panam Nagar. Ahsanullah Moni (filmmaker) built the Taj Mahal in the village of Perab in the style of the Taj Mahal in Agra. Along with the Replica Taj Mahal, there are several other installations including the Replica Pyramid, Liberation War Memorial Sculptor, Cinema Hall, Shooting Spot. It is open daily from 10 am to 6 pm. Tickets for the Taj Mahal and Rajmoni Pyramids in Bengal cost 150 Taka (per person).

How to go To Sonargaon

You can go directly to Sonargaon with your own private car or microbus. If you want to go by a local vehicle, you can get a counter service bus from Gulistan to Sonargaon at Mograpara crossroads. In that case, Borak is good for AC bus, the fare is 55 Taka per person. In the case of non-AC buses, Swadesh and Doel are the two types of bus services. The rent is 40 Taka per person. Basically these 3 buses provide good service on that road. No matter which of these 3 buses you come to, you have to get off at Mograpara crossroads. There is a rickshaw stand on the left-hand side of the road and from there to the museum, the rickshaw fare is 20 Taka.

If you want, you can first visit the city of Panama and then go to the Folk Art Museum. It would be nice to see the city of Panama in time. And in case of backing, you will get a bus from the museum to the rickshaw stand at Mograpara crossroads and then from there to Dhaka.

These places of Sonargaon Upazila, the independent capital of ancient Bengal at one time, attract the people of the country with their traditional heritage. So for most of the year, the Sonargaon Museum, the ancient city of Panama, and the Vaidya Bazaar on the banks of the Meghna River are also crowded with visitors from different parts of the country.

So, for taking a daybreak full refreshment, ancient Panam Nagar of Sonargaon is perfect to feel the taste of old-time and getting ideas of the lifestyle of ancient traders and rulers of Bangladesh. 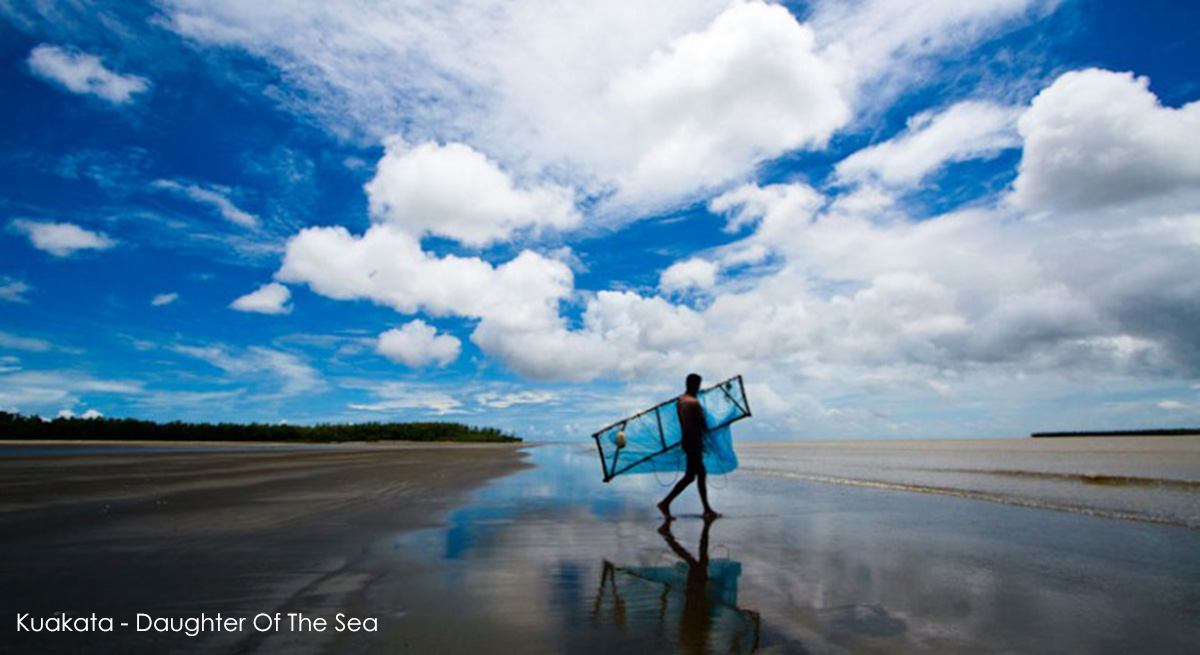 FNFTravel.com is reader-supported, some products displayed may earn us a commission if you purchase through our links. FNFTravel.com is a participant in the Amazon Services LLC Associates Program. Learn more.